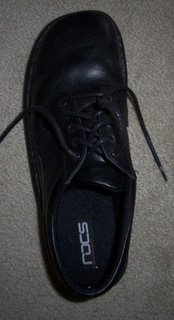 Last night Andrea and I were supposed to go out to the dungeon clubs where I would be proud to show off a beautiful woman ten years my senior. She would be stripped, spanked and forced to admit so many horribly embarrassing things. When she had been reduced from a spoiled only child to a whimpering aroused slave; I would consent to fuck her. Public play was rare for me but with a beauty like Andrea, I couldn’t help make use of her.

Instead of this decadent Friday night, Andrea had only now just shown up at my apartment on Saturday morning. There had been no explanation. No phone call. I had been stood up for the first time in, well, ever. It was not a feeling I enjoyed.

“My mom came over and kidnapped me,” Andrea said. She brushed her long brown hair out of her eyes in that affected beauty queen manner she didn’t know she had.

“Kidnapped?” I said. I hadn’t let her in yet. We were at the door and I was frowning at her like I was listening to someone describe their last bowel movement.

“Yes!” she said. “She came over and insisted I help her shop for my dad’s birthday party next week. I couldn’t tell her no, it was for my dad.”

“You could have called,” I said. “I tried calling you but you never answered.”

“Well, I couldn’t answer with my mom there. That would have been embarrassing!”

Her voice had crept into a whine. It was the same whine that most likely got her a car at sixteen. It was the same whine that convinced her parents to pay for her apartment even though she had a job. When we first met, she used that whine the first time she wanted to climax. I thought it was adorable. Now it irritated me that she thought she could whine her way out of this.

“Please let me in,” she said. The whine was gone, replaced by excitement. “I’ve been bad and I know it. Punish me, spank me, make me wear those awful clover clamps again, whatever! Just please let me make it up to you.”

Andrea smiled and walked in. There was no contrition, just the happy bounce of a woman about to be fucked. I think I might have hated her at that moment.

“Go to the living room and take off your panties but leave your dress on,” I said.

Andrea happily obeyed. She was wearing her yellow dress that cost as much as one month’s rent for me. It was light and airy and seemed to threaten to slip off her chest and ass at any moment. She hiked up her skirt and slid off her green thong. Andrea set the thong on the coffee table, wanting to show off her beautiful lingerie even in punishment. Without being told, she kneeled.

“I’m really sorry,” she said and she didn’t mean it.

I walked up to her and slapped her. Once across the face. She flinched from the sudden blow. With my hand print glowing on her face, she smiled before she realized this was supposed to be punishment. She tried to frown in obedience but even that appeared petulant.

“You know, I see that I gave you too much,” I said. “I’ve given you attention, spankings, punishments and my cock. You’re a beautiful woman and it’s very easy to spank and fuck you while convincing myself that you are submitting by letting me do these things. Now I see that you were using me to do these things to you.”

“What? That’s not-” she said before I slapped her again.

Andrea whimpered. My cock stirred at that whimper but I ignored it. Instead of fucking her mouth like I wanted to, I walked away and went to the hall closet. When I came back, I dropped one of my shoes at her feet. It was a Rockport. The left one to be exact.

“All you have earned the right to is my shoe.” I said.

Andrea, still on her knees, fell to her hands and kissed my fallen shoe. She looked up at me like that had somehow made everything better. It just made me realize that I had spoiled her as bad as her parents had.

“With your shoe?” she said. Amazing how she could pull off outrage and a whine at the same time.

I walked over to the couch and sat down. “Yes, with my shoe. Stay on your knees and use my shoe to get off.”

Andrea’s confusion turned into a smile. It was weird and she had never thought of such a thing, but oh well, it was just another new perversion to her. She started to pull her dress up to take it off but I interrupted her.

“Leave your dress on,” I said. “You haven’t earned nudity.”

“Are you sure?” she teased.

Teasing went into pouting in an instant.

“Do you want to clamp my nipples?” she asked. “That’s what you usually do when I’ve been bad,”

“No,” I said. I can’t believe it took me till now to realize that all my punishments were just meals for her sexual appetite.

Andrea took my shoe and held it in her hands. She worked out the practical ways to do this and it wasn’t long before she figured it out. Using both hands, she put the shoe under her skirt and placed it against her sex. Her hips moved back and forth, humping against my shoe. She looked at me and expecting some sort of approval from me. Instead, I picked up ‘TV Guide’ and went looking for something to watch.

I had no idea how the leather must have felt against her thick pubic bush. I would guess it would chaff against her delicate skin. The shoe’s contours could have pulled and tugged at her flesh like a rough hand endlessly groping her. The laces might snag against her hair and pull Every thrust of her hips might have been another moment of painful friction.

On the other hand, perhaps the shoe was already coated in thick arousal. Maybe it was a slick oddly curved instrument sliding along her cunt in a slippery back and forth that was the greatest thing she had ever felt. The laces could have been drenched and leaving wet trails across her thighs. Her clit could be swollen and her pussy so terribly sensitive as she became more intimate with my shoe.

I turned on the TV and watched ‘Kelly’s Heroes’ for the hundredth time.

Andrea’s grunts grew louder so I turned up the volume of the television.

“I can’t believe you would rather watch this old movie!” she pouted.

I ignored her while she kept humping my shoe.

“A war movie? Only people as old as my dad watched war movies!”

I paid more attention to the minefield scene than I did to her attempts to anger me.

She started to say something but a moan choked off her words. She was close. Even though it was just my shoe, even though there had been no spanking or teasing and even thought she was pissed off; Andrea has still managed to bring herself close to climaxing.

“Don’t you want to fuck me?” she whined. “Pleeeeeeeeeeeaaaaasssseeeee?”

“Shhh,” I said. I turned the volume up again.

“Fuck!” she cried out. She didn’t ask to climax. It was just another petty little indiscretion in protest of her ordeal. Her eyes clenched and her shoulders shook. She was frozen in the bliss of climax but her hips kept moving. Like everything else about Andrea, her hips were still greedy for me.

“Stop,” I said. No, she wasn’t having a second or third orgasm today.

Her eyes opened and all the rage and attitude was gone. She dropped my shoe and sat back on her ass. A giggle escaped her lips.

“I can’t believe you had me fuck your shoe!” she said. She was appalled yet also giddy. It had been embarrassing but now in the afterglow of climax, she looked at it as yet another exciting chapter in her sex life.

“Clean my shoe,” I said. Andrea did exactly what I expected and bent down to lick my shoe clean. She got down on all fours and used that long tongue to wipe her moisture from my shoe. The smile she wore told me that she wanted to be licking my cock.

“Just go,” I said. “The only punishment you understand is not being played with.”

“You’re throwing me out?” Andrea said. It wasn’t sadness she was expressing, it was disbelief.

I got up and grabbed her by the arm. I dragged her to the door without any anger on my part. It was the nicest throwing out of a person you could imagine. She held my shoe close to her chest. Her panties were left on the table, forgotten in the confusion of actually being kicked out.

“How long do you want me to go away?” she asked. She stood in the doorway with the most confused look on her face.

“Till you are ready to treat me like a dominant and not your personal sex toy.”

She was about to protest but I closed the door in her face. She kicked the door a few times and tried calling my cell phone. I didn’t answer it. I finished my movie after tossing her underwear into the garbage.

I never heard from her again.

Andrea kept the shoe though. I like to think she got some use from it.

14 Responses to “Fiction: Only My Shoe”