Way back when I was a young adolescent, one of my favorite comics was the Legion of Superheroes. Set in the 30th century, the Legion was a team of teenage superheroes from all over the universe. They dated each other, got married and fought bad guys. It was like superhero Soap Opera but in the FUTURE!

So I was going back through some back issues of this series rereading the stories of my youth when I came across this bad guy. 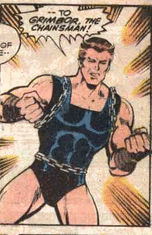 Ah, yes, Grimbor the Chainsman. He’s a super-genius that hates the Legion. His gimmick? He has a thousand different traps and umm, chains. He was my favorite super-villain from this comic because he was like an evil Batman. He was prepared for anything and always had a new trap, cage, chain or shackle for any hero.

Here I am at 33 looking at a comic I read when I was 13. My early interest in bondage is starting to make sense. This becomes especially true as I see this, 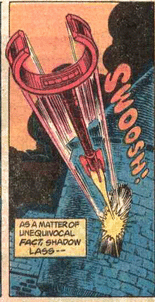 Which results in this,

And my favorite, double chains for the gal who can duplicate herself, 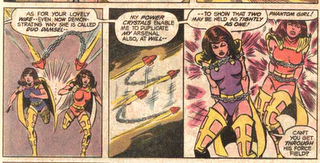 And oh, did I mention that he chained the WHOLE FREAKING PLANET? 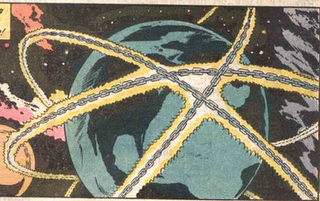 I think in a very significant way, this villain made me think of bondage as something that can be imaginative and colorful as oppossed to the black leather and spikes I keep running into. Although I doubt I will ever find a gag attached to the end of an arrow, part of me thinks that it is a shame we don’t have one yet. It’s 2006 people, let’s update our bondage technology and get me a duplicating rocket powered chain bola already.